1976: The Zenith Of UFW Volunteers 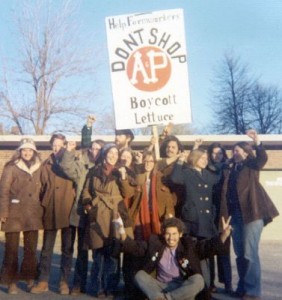 In 1976, Cesar Chavez and his farmworker movement had a standing army of more than 500 fulltime volunteers, not counting hundreds of part-time supporters who could be mobilized on a day’s notice for short-term picket lines, marches, door-to-door campaigning or civil disobedience. Nor do I count busloads of volunteering farmworkers who would arrive in the cities for  full-time  work on weekends.

To qualify the ill-fated initiative Proposition 14 for the California ballot in 1976,  the UFW qualified the initiative in 29 days by gathering 850,000 signatures. This campaign feat is the mother of all political Guiness Book of Records and is not likely to be broken during the 21st Century.

Volunteers or not, a standing army of this size costs money, lots of money, and requires a massive amount of administrative oversight, planning, logistics, communications and leadership. A standing army without direction and a daily agenda with measurable goals is a liability, not an asset.  Fulltime farmworker movement volunteers signed up  to change the world, they needed action!

After the passage of the 1975 Agricultural Labor Relations Act, of necessity, the emphasis of the UFW turned from the consumer boycott to winning secret ballot farmworker union elections in the fields – choose one: UFW, TEAMSTERS, or NO UNION. Winner takes all! During this frenzied eight-month period, more than 40,000 farmworkers voted in hundreds of union elections throughout the agricultural  areas of California, and the future of the UFW would be determined when the votes were tallied. The famous and effective  UFW consumer boycotts were put on hold pending the outcome of farmworker elections.  The UFW won the vast majority of these elections. 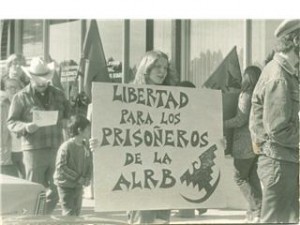 This transition  from urban consumer boycott warfare in the major cities of the United State and Canada to managing the nuts and bolts of State-mandated worker elections created a restive period within the farmworker movement. Young volunteers who might excell organizing consumers to boycott grapes or lettuce, might not be at all suited to organizing farmworkers in the fields. Qualifying and campaigning for Proposition 14 helped – at least for a time – to keep UFW staff, volunteers and supporters suitably occupied.

After the defeat of Proposition 14 and the restart of the Agricultural Labor Relations Board in 1977, it became obvious that changes had to be made in the farmworker movement itself in order to cope with new realities. Movement change is difficult,  messy and haphazard at times; uneven and unfair for some, and often comes down to the personal, “Where do I fit? Or do I? What should I do?”

Thanks to former UFW volunteers, the Farmworker Movement Documentation Project has been fortunate to receive – and publish – two UFW staff lists: (1) Proposition 14 statewide volunteer staff assignments; (2) the 1976 UFW Telephone Directory. These documents give the viewer a good look at the organizational structure and the “thinking” of the farmworker movement and the size of its all-volunteer standing army. 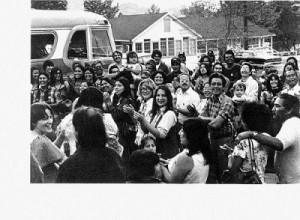