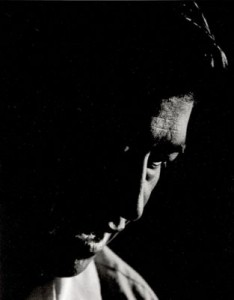 Remembering Cesar Chavez and His Legacy
By Carlos Muñoz, Jr.

I had the privilege of knowing Cesar Chavez and speaking truth to power on the same platform with him during his lifetime.

My first contact with Cesar occurred when I was president of the United Mexican American Students at California State University in Los Angeles in 1968. We had organized a nonviolent protest against segregation and racism in the barrio high schools of East Los Angeles. Over 10,000 students marched in that historic protest. I was later indicted and imprisoned for “conspiracy to disturb the peace and quite of the neighborhoods” along with 12 other student and community civil rights activists. We each faced 66 years in prison if convicted.  After two years, the California Appellate Court found us innocent, thanks to the 1st Amendment of the U.S. Constitution.

Cesar was extremely busy dealing with his union’s historic Delano Grape Strike at the time of our imprisonment, but he took time out to publicly defend us and send us a telegram expressing solidarity for our cause.

Like Dr. Martin Luther King, Jr.,  Cesar inspired members of my generation and me to organize the Mexican American Civil Rights Movement in the 1960’s.  We called it the Chicano Movement.

Prior to his emergence as the co-founder of the United Farm workers of America in the1960s, not a single Mexican American leader had achieved national recognition. In fact, Mexicans and other Latinos did not exist in the nation’s mind. We were the “invisible minority.”

I remember feeling proud when his portrait appeared on the front page of Time magazine’s 1969 Fourth of July issue. The caption read “The Grapes of Wrath, 1969 — Mexican Americans on the march.” I was elated that our struggles for social justice, civil rights, and peace, were finally being discovered by the nation — and, remarkably, on the Fourth of July.

I wrote him a letter congratulating him for being the first Latino ever to achieve the honor Time magazine had bestowed on him.  He responded a couple of weeks later and thanked me, but he went on to say that the men and women on the picket lines, and not he, deserved to be on the front cover of Time magazine. That was the kind of man he was. A man who, like the workers he led, was from the salt of the earth.

Now, decades later, we have a Cesar Chavez Holiday in California. But the struggle to make it a national holiday continues today.  The U.S. Congress has consistently resisted all our efforts over the years to pass the necessary legislation to establish it.  The Republicans have consistently led the opposition against it and a substantial number of Democrats have also opposed it in the past.  I am pleased that Senator Barack Obama called for a national holiday to honor Cesar during his presidential campaign. As President, he has not yet kept his word to make it happen. 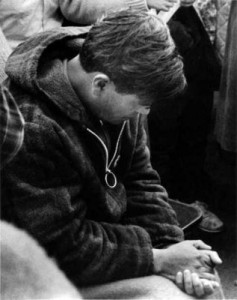 Cesar’s deeds as the founder and leader of the United Farm workers Union have become legendary.  All Americans should know about him and the history of the farm worker movement.

Cesar, like the Rev. Martin Luther King, was a deeply religious man who also advocated nonviolence. He incorporated the tactics and strategies of the civil rights movement led by Dr. King.

Cesar once said that the “truest act of courage is to sacrifice ourselves for others in a totally nonviolent struggle for justice.”

In 1974, Cesar became the first recipient of the Dr. Martin Luther King, Jr. Peace Award.  Andrew Young, one of Dr. King’s right hand Lt.’s and the mayor of Atlanta, Georgia, at the time, called Cesar the “nonviolence heir to Dr. King”.

Cesar was one of the most modest and humble Latino leaders I have known.  It was extremely awkward for him to accept the well-deserved recognition he received during his lifetime. He did not consider himself the great man that he was.  In his mind, he was only the President of his union, with a self imposed salary of $5 a week, whose job it was to put bread and butter on the table of the farm workers.

The work for farm workers’ rights continues today. The health, safety and well-being of many farm workers and immigrant workers are once again under attack by the corporate interests that Chavez fought during his lifetime.

While farm workers may have won the same rights other American workers were granted by the National Labor Relations Act of 1935 — such as the freedom to form a union and the power of collective bargaining — many continue to be exposed to pesticides and other unhealthy working conditions as they toil to bring food to our table.

Chavez was a labor leader who shunned the spotlight and remained dedicated to the rank and file of his union until his death in 1993.

Many Latinos consider Cesar to be their hero. It is true that the farm worker movement he led was largely a Mexican American labor struggle.  But in point of fact, it included Asian, White, and African Americans, and other workers of other racial and ethnic peoples.  The UFW represented and continues to represent, workers of diverse religious backgrounds: Catholics, Protestants, Baptists, Jews, and Muslims. The first member of the UFW to be killed during a strike in Delano, California, was 60-year-old Mexican American Catholic by the name of Juan De La Cruz.  The second one was a 24-year-old Arab-American Muslim by the name of NAGI DAIFFULAH.

It is important for us to reflect and remember what Cesar Chavez stood for, as he himself stated it.

“We do not belittle or underestimate our adversaries, for they are the rich and powerful and possess the land. We know that our cause is just, that history is a story of social revolution and that the poor shall inherit the land.”

Those of us who have a passion for social justice must continue to honor his legacy not only on his birthday, but on a daily basis by putting into practice what he stood for and supporting the struggles being waged by farm workers and undocumented immigrant workers throughout the nation.